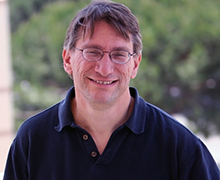 
From The Press Enterprise:
A majority of Americans support allowing immigrants living in the country illegally to stay and be granted legal status … “That doesn’t strike me as too dramatic a change,” said Louis DeSipio, UC Irvine political science professor, noting it is not a several-year trend. “I wouldn’t read too much into that.”