Are Asian-American parents less likely to spank their children? 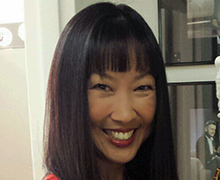 Are Asian-American parents less likely to spank their children?


From NBC News:
The indictment of Minnesota Vikings star Adrian Peterson on child abuse charges spurred headlines about the NFL culture. As details emerged in the following weeks -- Peterson had hit his 4-year-old son with a thin tree branch, he was disciplined the same way as a child -- the conversation broadened to wider issues of culture, with many asking, who condones corporal punishment for children? In an article for The Society Pages, sociologist Jennifer Lee writes that attitudes about spanking, specifically, actually vary across different cultures. Despite existing stereotypes of "tiger moms" and strict parenting, one recent survey found Asian-American parents are less likely to spank their children than other groups.