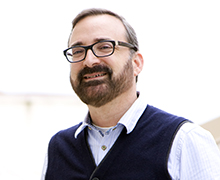 Greetings, and welcome back from summer break! There is a lot of exciting news and many important milestones to share as we look forward to a fantastic fall. It has been a terrific year for social sciences at UC Irvine. Our students, alumni, staff and faculty set new standards for academic excellence, community engagement and world-shaping contributions to society. And our school continued its tradition of ensuring access to higher education to our diverse and growing student body.

There is always some hyperbole to beginning of the year messages. But when I start to list the accomplishments of the past 12 months, I think you’ll see why I am thrilled to be serving such amazing individuals and leading a team making a difference at home and abroad. Our Mock Trial team, for the second consecutive year, started their fall season ranked #1 in the nation over more than six hundred college teams. The program earned a third place finish at last year’s nationals, behind only Princeton and UCLA. Our international studies program was ranked one of the top programs in the nation by NerdScholar. Our alumnus, Geoffrey Pyatt (political science, ’85), was appointed to be the U.S. Ambassador to the Ukraine—just as crisis erupted. Jackie Lacey (psychology ’79) was the first woman and the first African American to be named district attorney of Los Angeles County. Social sciences alumni Nadia Bermudez (political science '98) and Rebecca Kanter (political science '00) received prestigious service awards from the San Diego County Bar Association.

Our faculty won a remarkable number of prestigious grants, fellowships and honors for their research and teaching. You can see a more complete list below—but given the sheer number, I am sure I’ve left some out. In all, our faculty won at least 15 awards for their research, teaching, community service and mentoring work. And the total estimated lifetime award amounts of new grants for ongoing research awarded last year is over $5.4 million.

Speaking of money, with your help, we raised $5,000 for student scholarships as part of the UC-wide Promise for Education Initiative. And we celebrated the accomplishment Star Trek style. With the help of our friends and donors, including Jean-Claude and Dina Falmagne and many others, we are on track to meet a fundraising record for the school.

To round out a fantastic year, President Barack Obama delivered a stirring commencement address to a crowd of over 35,000, including 6,000 graduates. Social sciences was there in full force: 40% of the bachelor’s degrees awarded to the class of 2014 went to social sciences students. Standing next to President Obama, our very own Jacqueline Rodriguez (’14, sociology and Chicano/Latino studies) spoke to her classmates about the importance of higher education in fulfilling our aspirations for ourselves, our families, our communities and the planet.

It was a great year for our graduate students, too. Last year they were awarded dozens of competitive extramural fellowships from federal agencies and private foundations, including a Fulbright scholarship and National Science Foundation Graduate Research Fellowship awards.

We welcome 1,260 new undergraduates this year, including 526 transfer students—a large and incredibly diverse class demonstrating how important social sciences is to the campus’s mission of providing an excellent education with a commitment to inclusion. Our incoming graduate student cohort stands at 99, and is one of the largest and most diverse in the school’s history. It is also one of the most competitive, with our entering Ph.D. students having declined offers from Harvard, Cornell, Johns Hopkins, UC Berkeley and UCLA (among many others) to become Anteaters.

Oh, and it’s the end of my own first year as dean! Since July 2013, we have been joined by 16 new faculty members across our departments including newly-minted Ph.D.s and established senior scholars. We’re launching two new MA programs and building out our online curriculum with new offerings and innovation awards. We also assembled a new alumni relations and development team. Heading it up is Tracy Arcuri, who comes to UC Irvine after having served as director of development for the Orange County Museum of Art. She is joined by Liz Dahl, who served the Paul Merage School of Business for eight years. Together with Rosemarie Swatez, Tracy, Liz and I are embarking on an ambitious plan to re-engage with our alumni, our community friends and leaders. We’ve had a busy summer and will be rolling out some exciting announcements and initiatives soon, beginning with an event for our alumni in New York on October 15. As UC Irvine competes with the very top ranks of world-class research universities, the fundraising mission has become more critical than ever. I’m excited about the opportunities our new development team is opening up; we’ve never been more connected with our more than 40,000 social sciences alumni.

I’m looking forward to sharing more exciting stories about our accomplishments as we activate the talents of the social sciences community and the wider Anteater Nation to enlighten, inspire and make a difference in the world. Let’s have a great year! Zot zot zot!