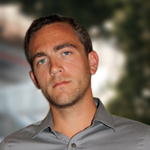 Seventh year LPS graduate student Bennett Holman is author or co-author on two papers to be presented at the 2014 Meeting of the Philosophy of Science Association. The first paper, on which Holman is sole author, is entitled "Why Most Sugar Pills are not Placebos." Holman argues that the standard definition of "placebo" in the philosophy of medicine literature is incompatible with the role that placebos play in realistic experiments. He goes on to offer a new definition of "placebo" that more accurately reflects practice. The second paper, which will be presented by Justin Bruner, a recent LPS alumnus (now at Australia National University) and Holman's co-author, is called "The Problem of Intransigently Biased Agents." Here Holman and Bruner present a formal model suggesting that biased scientists may prevent the community of researchers from ever converging to optimal solutions to problems. They suggest that this model may accurately represent the situation in current medical research. Both papers have also been accepted for publication a special proceedings issue of the journal Philosophy of Science.

Held biennially, the PSA meetings are the largest and most prestigious conferences in philosophy of science in North America. This year's meeting will be held November 6-8, in Chicago.