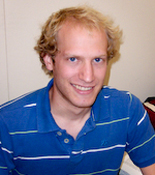 Bennett McNulty, a sixth year LPS graduate student, will give a paper at the upcoming Eastern Study Group of the North American Kant Society, hosted at Temple University in Philadelphia. McNulty's paper, entitled "Rehabilitating the Regulative Use of Reason: Kant on Empirical and Chemical Laws," addresses a puzzle concerning the interpretation of 18th century German philosopher Immanuel Kant's views on laws of nature in chemistry. McNulty was awarded a travel stipend for the best submission to the working group by a graduate student, and he has been nominated for the Marcus Herz Prize, an annual award for the best graduate student paper at any of the Kant Society study groups. The meeting will take place on May 2nd, 2014.