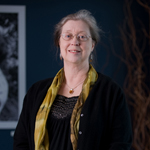 Barbara Dosher, cognitive sciences Distinguished Professor, is the 2013 recipient of the Distinguished Faculty Award for Research. Awarded by the UC Irvine Academic Senate, the honor recognizes the campus’s most outstanding faculty member for research excellence.

Dosher’s nearly 40-year academic career has been spent studying the distinct forms and processes of attention, memory and perceptual learning. Her findings have been published widely in such major journals as Psychological Review, Proceedings of the National Academy of Sciences, Psychological Science, Vision Research, and Journal of Memory & Language, and her research has been funded through multi-million dollar grants from the National Eye Institute, Air Force Office of Scientific Research, National Institute of Mental Health and National Science Foundation, among others.

Dosher received her bachelor's degree in psychology from the University of California, San Diego and her master's and doctorate degrees in experimental psychology from the University of Oregon. She was a professor of psychology at Columbia University for 15 years before she joined the faculty of UC Irvine in 1992. That same year, she was elected as a fellow to the Society of Experimental Psychologists and the American Psychological Society. In 2002, she was named dean of social sciences and in 2011, she was elected to the National Academy of Sciences. She was named Distinguished Professor in 2012 and a year later, she was awarded the Howard Crosby Warren Medal by the Society of Experimental Psychologists, an honor that is the oldest and one of the most prestigious awards in experimental psychology.

Dosher received her latest award December 16 at the annual senate banquet. As part of the honor, she delivered the evening’s keynote address on attention and perceptual learning.

Read a personal statement from Dosher (pg 8) and learn about the other recipients honored in 2013: http://www.senate.uci.edu/DistinguishedFacultyAwards/2013-14%20Awards/2013%20Event%20Program.pdf