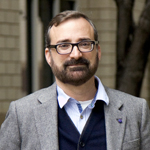 
From the OC Register:
Bitcoins – which are not backed by the U.S. government and are generated by solving math problems with computers – aren’t physical currency, but they can be used to buy a variety of goods. …Critics point out that without the government to back it up, bitcoin’s value can wildly fluctuate based on the enthusiasm and speculation of its users. The only U.S. regulation tied to the currency so far requires operators of bitcoin exchanges, where they can be traded for dollars, to register as “money transmitters.” “If it’s suddenly worthless, too bad, we don’t care. Not our problem,” said UC Irvine’s social sciences Dean Bill Maurer, who also heads UC Irvine’s Institute for Money, Technology & Financial Inclusion. “If your bitcoins get stolen, too bad.” … “It’s been a pretty wild ride so far,” said Lana Swartz, a USC researcher who co-published a paper on bitcoins this year with UCI’s Maurer.