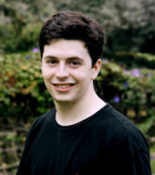 Seventh year graduate student Ben Rin presented two papers at European conferences on logic and computability this summer. The first paper, called "On Set-Theoretic and Transfinite Analogues of Epistemic Arithmetic and Flagg Consistency," was given at a conference called "The Nature of Computation: Logic, Algorithms, Applications," hosted by the University of Milano-Bicocca from the 1st to the 5th of July. This paper addressed how ideas concerning epistemic arithmetic -- an attempt to use traditional arithmetic to model an alternative approach to logic -- can be extended to other domains of mathematics and logic. The second paper was presented at a workshop on the History and Philosophy of Infinity, hosted by Corpus Christi College at Cambridge University, from the 20th to the 23rd of July. This paper, called "Infinity and Recursion," discussed how ideas in the theory of computation extend to infinite sets.