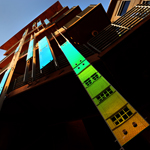 A $3 million gift from Dina and Jean Claude Falmagne will support the establishment of three new endowed chairs in the School of Social Sciences’ Department of Cognitive Sciences at UC Irvine.

The chair holders, to be named at a later date, will be recognized mathematical psychologists whose work is in the tradition of the late R. Duncan Luce, a UC Irvine Distinguished Professor of cognitive sciences with whom Jean Claude Falmagne served on the faculty for more than 20 years.

“This very generous investment in mathematical approaches to cognitive sciences will enable UC Irvine to advance its internationally recognized profile to a new level,” said Barbara Dosher, Distinguished Professor of cognitive sciences and former social sciences dean. “Additionally, it will support creative research on the major problems in the understanding of human mind, brain and behavior.”

Cognitive scientists study the human mind and its functions. Their work explores memory and language disorders, such as Alzheimer's and aphasia, and has applications in the information age, suggesting new approaches to online search systems and collaborative decision-making. Research by UC Irvine cognitive scientists also enhances education practices, including the development of children's literacy and math skills. Ranked 16th in the nation by U.S. News and World Report for its graduate program in cognitive psychology, the UC Irvine cognitive sciences department in the School of Social Sciences brings together scholars from mathematics, neuroscience, philosophy, psychology and others for the scientific study of the brain and behavior.

Falmagne is a UC Irvine cognitive sciences research professor and the founder of ALEKS Corporation, an online adaptive assessment and learning software program short for Assessment and LEarning in Knowledge Spaces. The cognitive scientist-turned mathematician began collaborating on the mathematical theory of Knowledge Spaces – the backbone of ALEKS – in the early ’80s with Belgian mathematician Jean-Paul Doignon. Falmagne initiated content development and software programming for prototype courses in the early ’90s at UCI with the support of a National Science Foundation grant.

“Falmagne was one of the premier scholars brought to Irvine in the ’90s to join UCI’s legendary multidisciplinary group in mathematical social and behavior sciences,” said Dosher. “He has been a visionary leader in the development of educational technologies based on deep understanding of principles of human learning and knowledge.”

Working with UC Irvine’s Office of Technology Alliance, Falmagne received licensing in the late ’90s to develop his adaptive learning program into a multimillion dollar software company. Under his leadership, the privately-held, Irvine-based company has grown to employ roughly 150 mathematicians, engineers and sales personnel – 40 of whom were hired in 2012 – with space to house 100 more.

In August, McGraw-Hill Education acquired the company. McGraw-Hill has marketed and sold ALEKS for math in higher education for more than 10 years. As part of the agreement, ALEKS Corporation will maintain its Irvine offices and UC Irvine will continue to receive royalties until 2040.

The $3 million gift will be paid to UCI in three installments over the next 18 months.