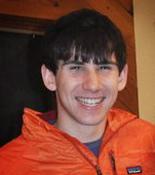 Second year LPS graduate student Ben Feintzeig will present his recent work on the foundations of quantum mechanics at two upcoming international conferences. The first conference is the 13th annual Philosophy of Logic, Mathematics, and Physics Graduate Conference, hosted by the University of Western Ontario, May 18-19. The second is the 17th UK and European Meeting on the Foundations of Physics, to be hosted by the Munich Center for Mathematical Philosophy at Ludwig-Maximilians University.