Will we ever... communicate telepathically? 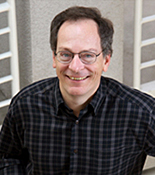 Will we ever... communicate telepathically?


From the BBC:
There’s tantalising evidence that technology could one day allow us to transmit thoughts telepathically between two brains. The question is how far can we go?    Stimulating the brain from the outside is equally crude. Scientists are limited to techniques like transcranial magnetic stimulation, which use magnetic fields to zap large areas of the brain into excitement or submission. And Yoo’s technique — focused ultrasound — is newer, but still involves immobilising a rat’s head under a large machine. Neither technique is well suited for delivering precise sensations. The best alternative is to actually drill through the skull and implant electrodes. These have improved to the point where we can record activity from a small, tight cluster of neurons and stimulate them with fast and careful timing. But you would have to plaster the whole brain with them. And did I mention the drilling? “Is it something that humans without severe medical problems should put up with?” asks Michael D’Zmura, a psychologist from University of California, Irvine. “I think not.” All of which raises the critical question: why would you bother? “You have to compare these options to what we’re capable of when we speak to one another,” says D’Zmura. We already have incredibly sophisticated biological hardware for making and interpreting sounds, which don’t rely on any implants or surgeries.