Could scientists help us avoid another economic crisis? 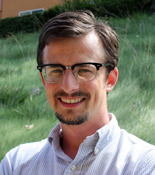 Could scientists help us avoid another economic crisis?


From ABC Radio:
Economists have long dreamt of ending the cycle of boom followed by inevitable bust. But could it fall to scientists instead to help us avoid another economic crisis? Physicist and philosophy professor James Owen Weatherall argues in his book, The Physics of Wall Street, that scientists have revolutionised the world of finance by applying science to some of the trickiest problems in economics. Peter Lloyd began by asking him to explain the link between physics and finance. JAMES OWEN WEATHERALL: What I look at in the book is a series of people who are trained as physicists, who start their career in physics and mathematics and who at some decide that the training that they've had, the way of thinking about the world that they've learned as physicists, can be used to understand this really quite different-seeming field of finances, of investment.