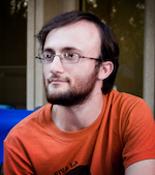 Sam Fletcher, a fifth year graduate student in LPS, recently gave a talk entitled "Design and Verify" at the 9th annual graduate philosophy conference hosted by the Department of Philosophy at the Virginia Polytechnic Institute and State University in Blacksburg, VA.  Fletcher's talk focused on the status of the so-called "Likelihood Principle," a controversial idea in statistics concerning the relationship between data and the information relevant for statistical inference.  Fletcher argued that, despite many claims to the contrary in the philosophy of statistics literature, when one looks at the full range of statistical methods, including methods for verifying model design, it seems the likelihood principle is never fully satisfied by practicing statisticians.  The conference took place the weekend of November 2.