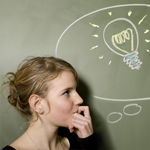 
From the LA Times:
Nine years ago, Congress blocked a Pentagon agency from setting up a website that would have allowed anyone with a credit card to bet on the likelihood of foreign assassinations, coups and terrorist attacks. The idea was to take advantage of the "wisdom of crowds," a social science maxim that contends the average of a group of forecasters, under certain circumstances, tends to be more accurate than even the most knowledgeable single forecaster... DARPA's sister agency - the Intelligence Advanced Research Projects Activity, which funds experimental projects for the U.S. intelligence community - is running a four-year, $50-million program that pays people willing to predict major world events, including wars and terrorist strikes. Unlike the earlier scheme, participants can't profit from their predictions. Now in its second year, the so-called crowd-sourcing project involves competing corporate and university teams, including UC Irvine. Each team includes more than a dozen social scientists and as many as 2,000 participants, who can answer hundreds of questions each if they want.

To learn more about the study and/or participate, please visit http://forecastingace.com/.