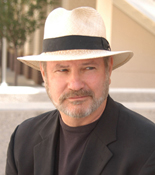 
From New York Magazine Blogs:
Interestingly, while some of history's most famous widow's peaks have been sported by monsters and villains, a study by University of California-Irvine political science professor Shawn Rosenberg showed that politicians with widow's peaks were viewed favorably. "It was associated with being seen as more competent and with greater integrity," Rosenberg told the Post. Perhaps this a stealth strength Ryan brings to the ticket which his many detractors are overlooking.