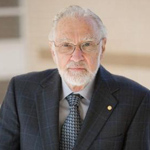 R. Duncan Luce, a pioneering mathematical psychologist at UC Irvine and National Medal of Science winner, died Saturday, Aug. 11, after a short illness.  He was 87.

Luce, Distinguished Research Professor of Cognitive Sciences & Economics, is hailed as one of the most influential figures in the social sciences. He combined formal math models and psychological experiments to understand and predict human behavior, fundamentally altering our understanding of how individuals and groups make decisions. His books, including Individual Choice Behavior, are recognized widely as groundbreaking in economics and in psychology and have been used by generations of students and colleagues. Luce’s work over half a century yielded more than 250 scientific articles and nine books and crossed disciplinary boundaries to offer an innovative perspective on human behavior.

“Duncan Luce was one of the giants in the social and behavioral sciences and an exemplary scholar, educator and human being,” said Barbara Dosher, dean of UCI School of Social Sciences.  “He contributed to our intellectual lives – but also to our community, where he quietly set an example of kindness and generosity that will be long remembered.”

“Duncan Luce was an internationally significant scholar for over half a century. He helped establish and build our campus in the 1970s. He returned in the ‘90s and was actively engaged until just a few days ago.  The world has lost a great scholar, and we have lost a great friend. He will be missed.”

Ralph J. Cicerone, president, National Academy of Sciences and chancellor at UCI from 1998-2005, said Luce was enormously creative and productive in mathematics, psychology and economics throughout his career.

“He was elected to membership in the National Academy of Sciences in 1972, where he has contributed greatly,” Cicerone said.  “My wife Carol and I have always been in awe over his intellect and his high standards, even after we became close personal friends with him.”

Born May 16, 1925, Luce grew up in Scranton, Pa. He completed his bachelor’s in aeronautical engineering in 1945 and his doctorate in mathematics in 1950, both at the Massachusetts Institute of Technology. He also participated in the V-12 Navy college training program and served on a shakedown cruise on the aircraft carrier Kearsarge during a three-year Navy stint. Following this, he joined the Navy Reserves and returned to MIT to pursue his doctorate.

Luce began his academic career at the Research Laboratory for Electronics at MIT in 1950, and then moved to Columbia University. He had early professorial appointments at the University of Pennsylvania and the Institute for Advanced Study. He came to UCI in 1972 as a member of the social sciences faculty, then left a few years later for Harvard University’s psychology department, which he chaired for three years. He returned to Irvine in 1988 to found and direct UCI’s Institute for Mathematical Behavioral Sciences, eventually being named Distinguished Research Professor in Cognitive Sciences and Economics.

Susan V. Bryant, interim executive vice chancellor & provost is also a longtime professor at UCI and remembers Luce as superb scholar and human being, and a calm and reasoned voice. “I will miss his quiet, wry sense of humor and gentle nature,” she said.

As recently as April 2012, Luce received two prestigious honors. The Patrick Suppes Prize, awarded by the American Philosophical Society, was presented to the prolific scientist at the society’s annual spring meeting for research and publications in decision-making and utility theory that have continued unabated from the 1950s.

Luce was also named one of two 2012 recipients of the Constantine Panunzio Distinguished Emeriti Award. Presented by the Council of University of California Emeriti Associations, the honor recognizes outstanding faculty in the humanities and social sciences for post-retirement scholarship.

In 2005, President George W. Bush awarded him the National Medal of Science (award year 2003), making Luce the first UC professor in behavioral sciences to receive it. Additional honors included the 2001 Gold Medal Award for Life Achievement in the Science of Psychology from the American Psychological Foundation and the 2004 Norman Anderson Lifetime Achievement Award from the Society of Experimental Psychologists. Luce garnered several of UCI’s most prestigious honors: the 2001 Medal, the Alumni Association’s 2007 Extraordinarius award and the 2003-04 Daniel G. Aldrich Jr. Distinguished University Service Award.

Luce is survived by his wife Carolyn Scheer Luce, his daughter Aurora and her husband, and two granddaughters. He is remembered fondly by his extended family of friends and colleagues at UCI and throughout higher education.

For those wishing to express their condolences, Carolyn has asked that you contact her by email. A memorial celebration will be held at a later date, and more information will be made available when plans have been finalized.