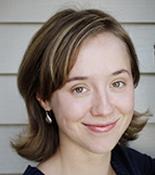 Cailin O'Connor, a graduate student in LPS, received an honorable mention in the 2011-2012 National Science Foundation Graduate Research Fellowship competition. Early graduate students from all scientific fields, including history and philosophy of science, may compete for this prestigious and highly selective award. O'Connor's proposed project, entitled "Signaling in Contiguous States," involved using methods from economics and biology to explore how organisms simultaneously learn to categorize states of the world and to communicate with one another about those categories. O'Connor's research builds on work by UCI Distinguished Professor Brian Skyrms and others that attempts to understand the evolution of signals.