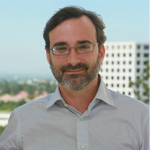 
From IEEE Spectrum:
In times gone by, when you suddenly realized you were missing something—that you were effectively naked—the thing you were likely missing was your wallet. No longer. “People can go for a whole day without their wallet and not freak out,” says Bill Maurer, an anthropologist at the University of California, Irvine. “But if they’re missing their smartphone, it’s another story.” That’s why marketers are now trying to hit you where it really counts—in your phone, or rather, a phone that will serve as your wallet. To that end, Google launched Google Wallet last year, collaborating with Sprint and Citi MasterCard. Google spent untold millions to subsidize the terminals that are increasingly to be found at checkout counters around the United States—terminals that can register the tap of a phone equipped with Near Field Communication (NFC).