Breaking down the brain's behavior 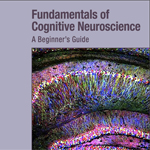 Breaking down the brain's behavior

For Nicole Gage, cognitive neuroscience is a heady topic. The cognitive sciences associate researcher has been studying the brain's neural framework since the late 90s. In 2007, she coauthored with Bernard J. Baars, Neurosciences Institute, a widely used advanced textbook on the topic. The pair have now followed up with a beginner's guide to cognitive neuroscience. Fundamentals of Cognitive Neuroscience, published in January by Elsevier, is written for use in undergraduate courses and for those generally interested in understanding the brain's role in sight, sound, consciousness, learning/memory, problem solving, speech, executive control, emotions, socialization and development. Check it out online.