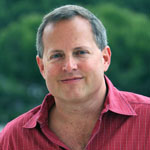 Charles Anthony "Tony" Smith, political science assistant professor, is the recipient of 2011 Bailey Award presented by the LGBT Caucus of the American Political Science Association (APSA). The award is presented each year at the annual APSA conference to the author of the best paper on an LGBT topic presented at the previous year's conference. The award winning paper was co-authored with Benjamin Bishin, political science professor, UC Riverside, and is titled "Gay Rights and Legislative Wrongs: Representation of Gays and Lesbians".  Smith and Bishin presented the paper at the 2010 annual APSA meeting and will be presented with the award at the association's 2011 annual meeting in Seattle September 1-4.