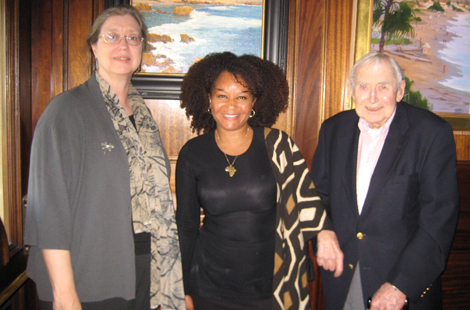 Longtime Corona del Mar resident Frank W. Lynch, who died recently, is being remembered by his family as a noted philanthropist who led a full life. Lynch died suddenly of natural causes at his home Nov. 21. He was 88. He spent the majority of his life working with the Northrop Corp. He started there in 1950 as a research assistant in the special-weapons division and rose through the ranks until he finished his tenure as president and chief operating officer when Northrop was developing the stealth-bomber technology.  Lynch was also a noted philanthropist. He was a founding trustee of the Orange County Performing Arts Center and was on the board of trustees at the Irvine Barclay Theatre and several other U.S. arts organizations. Lynch was also passionate about education. He graduated from Stanford University with a degree in electrical engineering and political science. After retiring from Northrop in 1989, he enrolled at UC Irvine and received his third bachelor's degree, in economics. He also began working on a graduate degree, but his declining health prevented him from completing it. Kathryn Lynch said her father loved to be on the cutting edge of technology and had a passion for books.