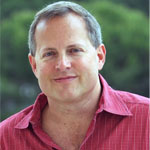 
Lawyers on both sides of Proposition 8 argued their cases before a federal appeals court Monday morning with hopes of steering the fate of same-sex marriage in California and perhaps the nation. For more than two hours, three judges from the 9th U.S. Circuit Court of Appeals in San Francisco heard arguments on whether the gay marriage ban is constitutional and whether backers of the voter initiative have standing to appeal a lower court ruling.... UC Irvine's Tony Smith, a political science professor who followed the trial on C-SPAN, said Cooper did not fare well when questioned about the constitutionality of Proposition 8. "He floundered around and not because he's not a good lawyer but because there isn't really a good answer to those questions," Smith said. "The fundamental problem that advocates of Proposition 8 have is they want the court to be concerned about the definition of marriage but not the definition of equality."