Study of 15 cities sees no harm in 'living wage' laws 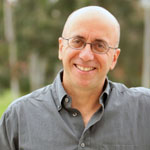 Study of 15 cities sees no harm in 'living wage' laws


From Crain's New York:
Living wage mandates on businesses that receive government subsidies do not have a negative impact on job and business creation, according to a new study of 15 cities by the Center for American Progress Action Fund…. Unlike the previous study, which was conducted for the nonpartisan National Bureau of Economic Research by economists David Neumark of the University of California, Irvine and Scott Adams of the University of Wisconsin, Milwaukee, the Center for American Progress research found that the laws do not harm low-wage workers. Adams and Neumark argued in their study that living wage laws raise the wages of low-wage workers, but reduce employment among the least skilled. Neumark said in an e-mail message that he had not had time to digest the Center for American Progress report and therefore did not yet have a critique. But he said the source of the report had to be taken into account. “You have to recognize that this report and the co-authors they cite in support of their work make little secret of their advocacy role in favor of living wages and minimum wages,” he wrote. “Like their opponents who advocate against these same policies, their conclusions are often biased and don't reflect the more complicated reality of both the policy question and the research findings.”