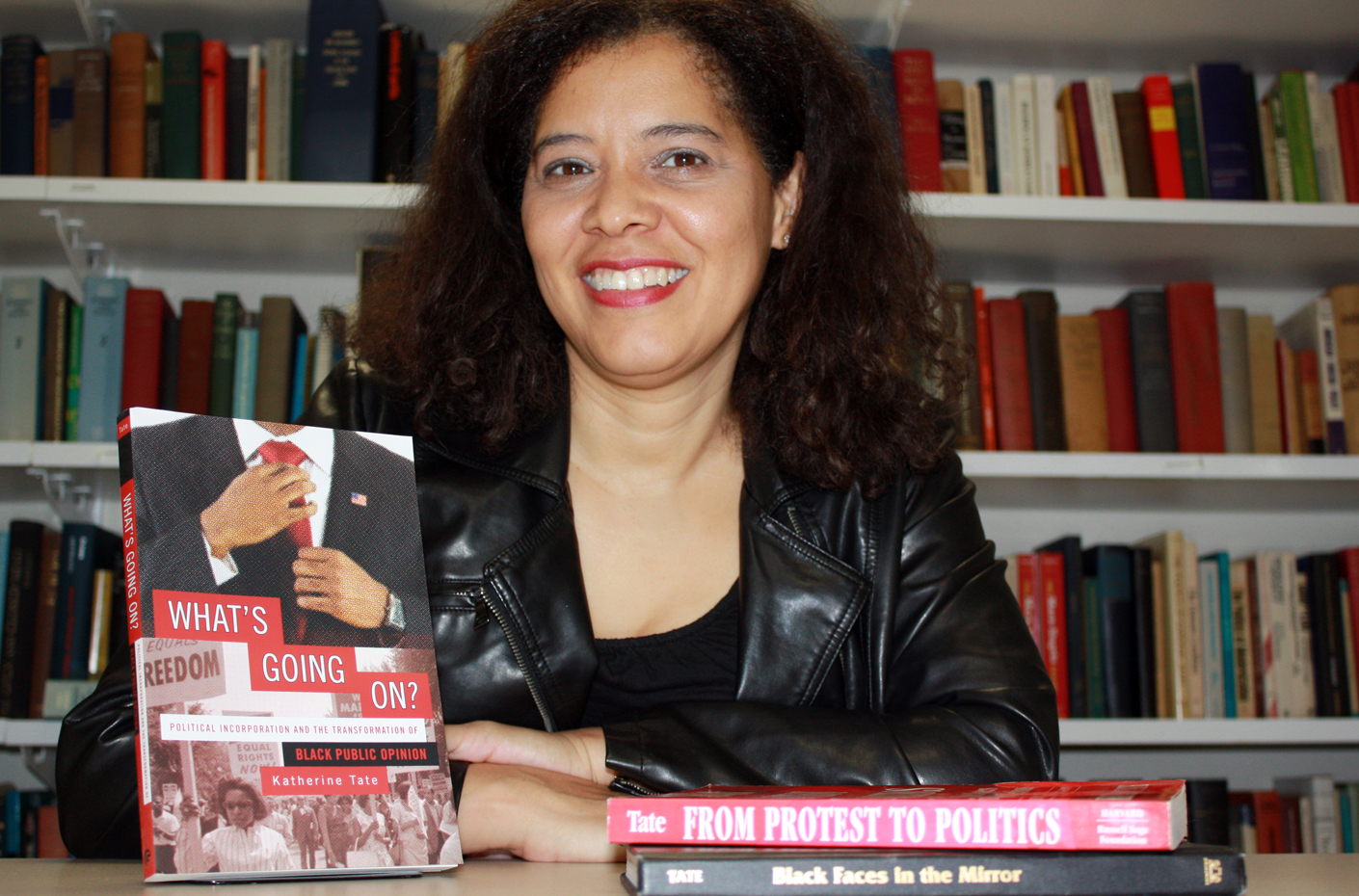 The 2010 midterm election was an historic one for the Democratic Party, says UCI political scientist Katherine Tate, as a record 48 African American congressional candidates ran on the official party ticket.  On the right, 14 African American candidates ran as official Republican Party nominees.  In her new book, What’s Going On? Political Incorporation and the Transformation of Black Public Opinion, Tate examines factors behind the changing tide of Black political incorporation and public opinion.  Using survey data, she finds that African Americans have shifted from their far left liberal position of the 1960s and 70s to a now less ardent stance, a move which has put Blacks more closely in line mainstream Democratic views and prompted greater political party participation.  Here, she provides a snapshot of her findings and what they could mean for election outcomes in November.

Q: Is there a central driver behind the political centering of African Americans?

A: Since the 1980s, Blacks have won a significant share of elected positions as Democrats.  As a result, African Americans are looking more to the Democratic Party for policy leadership rather than to civil rights groups, as was historically the norm.  The Democratic Party is not as radical as civil rights groups have been on issues Blacks care about such as unemployment, poverty and educational opportunities.   Whereas radical Blacks still believe inequality is rooted in institutional discrimination and favor race-oriented policy solutions, the Democratic Party supports a race-neutral, issue oriented approach. Which approach will best benefit Blacks at the bottom of society?  The debate isn’t settled.  As Black leaders take a stand in this debate, there will be a small mushroom cloud of critics, mostly coming from the radical, political left.

Q: On which specific issues has the Black community taken a more moderate stance in recent years?

A: Black opinion has grown more moderate over the past few decades because the Black leadership structure is less radical than it has been historically.  Blacks are less likely to be aggressive on antipoverty programs such as welfare.  In fact, a national survey conducted in 1996 found that 60 percent of Blacks surveyed supported welfare program reform by limiting it to five years of support and ending the federal mandate.  Meanwhile, support for school vouchers among Blacks has grown in response to its growing support among Black and Democratic Party leaders.  Of those surveyed, fewer Blacks now feel that the government should enact programs to assist Blacks and other minorities.  Thus, there is less support for a government-sponsored, targeted-approach to the problem of racial inequality.  These are important transformations of Black opinion, even as most Blacks remain left of center.  Most also continue to express support for affirmative action programs.

Q: What role has President Barack Obama played in this shift?

A: President Obama, whom some categorize as far left of center, will help shift opinions in the Black community to political center. The Democratic Party's economic agenda is fairly moderate, backing tax cuts for middle class voters which can come at the expense of assistance programs for the poor.  President Obama also supports the War on Terror and keeping troops stationed in Afghanistan and Iraq, albeit with targeted withdrawal dates.  Martin Luther King was an early opponent to the Vietnam War, and Blacks were early critics of the Iraq War.  Under Obama, Blacks have grown less critical of these wars.  The Democratic Party attempted to provide more funds for Medicaid programs in the health care legislation, but a candid debate over why a mandate versus a public option for people at the low end of the income scale was missing as Obama was forced to negotiate with conservative Democrats to win passage.

Q: What does all of this mean for candidates on November 2? Any election projections?

A: There is an African American Republican running in South Carolina who is likely to win his race, and the Congressional Black Caucus has said it would welcome his membership.  A bipartisan approach is what many American voters want.  To accommodate these voters, the Congressional Black Caucus is moving away from its old, combative radicalism and will probably support the necessary bipartisan approaches in the Obama administration to pass legislation. There’s a generational change at work as older Blacks who had idealistic visions of what government could do and ought to do to assist Blacks are being replaced by younger, more pragmatic ones, including President Obama.  So we’re in an important transitional moment in African American politics.  Black elected officials today are in a strong position to make change.  We’ll have to see through future survey work whether African Americans feel that conditions for their communities have improved through their group’s empowerment in American government.  Notably, in a 2009 Pew Research Center poll, taken one year after Obama’s election, twice as many Blacks, as opposed to in 2007, thought that the situation for Blacks had improved.