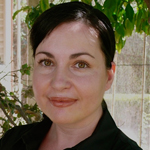 Anthropologist Angela Garcia views Española Valley as a place of both great beauty and suffering. To outsiders, the northern New Mexico region calls to mind otherworldly desert landscapes and the work of artists such as Georgia O’Keefe and Ansel Adams. But those more familiar with the area know an ugly truth: The valley has the highest per capita rate of heroin-related deaths in the U.S.

Garcia, assistant professor of anthropology at UC Irvine, studies the often-overlooked epidemic of rural drug addiction. She recently chronicled the lives of several Española Valley individuals in The Pastoral Clinic: Addiction & Dispossession Along the Rio Grande, which won the 2010 PEN USA Literary Award for exceptional first book. Garcia will accept the award Nov. 17 in Beverly Hills at the organization’s 20th annual LitFest.

The Española Valley’s entrenched heroin problem is partly rooted in land loss, which started in the Spanish colonial era and continued after the 1943 establishment of Los Alamos National Laboratory, according to Garcia, who was born and raised in New Mexico.

“It’s painful for people to see wealthy part-time residents buying old adobe homes while they live in trailers,” she says. Her work sheds light on the legacy of loss among rural communities in northern New Mexico.

“Spanish-speaking New Mexicans have lived in the valley for hundreds of years, and they feel deeply the loss of land, jobs and their way of life,” says UCI anthropology professor Leo Chavez. “Professor Garcia’s beautifully written book tells the stories of people living a history of loss.”

Garcia spent three years in Española Valley studying addiction and living among those struggling with it. Working as a detox attendant at a drug rehab clinic, she administered medications, prepared meals and led group counseling sessions.

“I took the job because I wanted to have a real intimate sense of what people go through when they’re getting clean,” Garcia says. “My mom shielded us from drug abuse when I was growing up, but I always had an interest in how addiction affects individuals and families.”

Sobriety is a tough goal for any addict, she notes, and certain aspects of Española Valley culture can make it especially daunting: “Drug use is totally normalized within families, and there’s an economic basis of addiction and despair. Drugs keep families together and pull them apart.”

Garcia, who lives in Los Angeles with her husband and twin daughters, left New Mexico at 17 to study anthropology at UC Berkeley and then Harvard University. Education opened doors but made her something of an outsider in Española Valley, where military recruiters are more visible than college scouts on high school campuses.

“I realize how far away I am from it in my everyday life, which made thinking and writing about this a challenge,” she says of her research.

The addicts Garcia describes in her book include Alma, a young woman hooked on heroin for nearly half her life. After multiple stints in rehab, numerous drug court appearances and a religious conversion, she succumbs at 30 to an overdose of heroin and prescription drugs.

Alma’s cycle of treatment and reversion is typical and illustrates the difficulty of overcoming addiction, which Garcia calls a “chronic relapsing disorder.”

“The word people often use for heroin in northern New Mexico is ‘ medicina ,’” she says. “They view heroin as just another medication that takes pain away.”

In July, Garcia was awarded a $14,500 UC Mexus grant to expand her study of drug addiction to Mexico City, Mexico.  The project will run through June 2011.