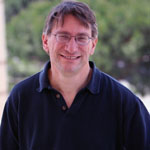 
From the AP:
Hispanics are a traditional Democratic voting bloc that Whitman has sought to woo with Spanish-language television ads and billboards. Brown was favored by 44 percent of likely Hispanic voters in the poll, compared to 26 percent for Whitman. Both candidates need to have a strong grassroots effort to reach Hispanics, who typically are not persuaded to go to the polls through television advertisements, said Louis DeSipio, chairman of Chicano-Latino Studies at the University of California, Irvine. "The Democrats have an opportunity with Latinos in 2010," DeSipio said. "If Latinos turn out in large numbers, that will raise the likelihood of a Brown victory." Hispanics are having a growing influence in California politics but are projected to comprise just 15 percent of voters in the Nov. 2 general election.