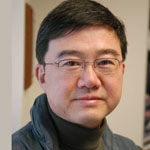 Elementary schools converted into nursing homes. Lonely only children coddled by parents and grandparents. A generation in which men seriously outnumber women. China's one-child policy may have slowed population growth in the world's most populous country. But it has also produced a rapidly aging population, a shrinking labor force, and a skewed sex ratio at birth, perils that many demographers say could threaten China's economy and social fabric. As the most spectacular demographic experiment in history, the one-child policy is unprecedented in its scope and extremity. The measure is so sacrosanct that officials who have dared in the past to hint at its dissolution have been quickly silenced. But a growing number of experts contend that the policy, which turns 30 next week, has run its course. "It's time to start experimenting and looking at how to phase out the policy," says Wang Feng, a demographer at the University of California (UC), Irvine. Over the past decade, Wang and two dozen other Chinese-born demographers, sociologists, and former government officials have been pushing quietly for the policy's abolition.