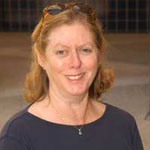 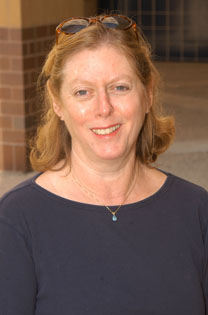 Kristen Renwick Monroe, political science professor and Interdisciplinary Center for the Scientific Study of Ethics and Morality director, has received the 2010 Frank J. Goodnow Award from the American Political Science Association. Named in honor of the association’s first president, the award recognizes Monroe, a past vice president of the association and past president of the International Society of Political Psychology, for her contributions to the development of the political science profession and the building of the American Political Science Association.

The recognition adds to her previously announced 2010 Ithiel de Sola Pool Award from the association which included the honor of delivering a general lecture at the association’s annual meeting in Washington, D.C. September 2-5.

Joining Monroe in receiving this year’s Goodnow award were Martha Ackelsberg, Smith College, and Rogers M. Smith, University of Pennsylvania.  Monroe joins the company of former UC president and UCI chancellor Jack Peltason as the only UCI professors to receive the award since it was created in 1996.

As a researcher, Monroe’s work focuses on political psychology, political economy, and normative political theory. She is noted particularly for her research on altruism and moral choice, or the treatment of others.

She has written more than 50 articles and 14 single-authored books or edited volumes, the most recent of which include a book on ethics in an age of terror and genocide and an edited volume on the relation of science to ethics, Uneasy Bedfellows? The Scientific Analysis of Ethics.

Her awards include a Pulitzer Prize nomination, a National Book Award nomination, two American Political Science Association Best Book Awards for both The Heart of Altruism (1996) and The Hand of Compassion (2004), and the 2010 Paul Silverman Award for Outstanding Scientific Work on Ethics.

She is currently working on several books which feature topics including Jewish émigrés from the Third Reich; an extended conversation with economist and Nobel laureate Kenneth Arrow about ethics and economics; gender equity in academia; an introduction to political science; and Chloe and Nicole, and the Elephant in the Parlor, a popular introduction to ethics.