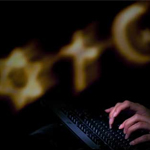 The U.S. may be a secular country, but religion permeates public discourse on issues ranging from abortion rights to the wars in Iraq and Afghanistan. And where religion is concerned, emotions can run high – sometimes clouding the facts.

Controversies over a proposed mosque near Ground Zero and President Obama’s religious affiliation are cases in point, underscoring the importance of unbiased, accurate reporting on religion-tinged subjects.

With this goal in mind, UC Irvine’s Center for the Study of Democracy in the School of Social Sciences contributed to the recently published Faith, Politics & Press in Our Perilous Times, edited by Stephen Burgard, director of Northeastern University’s School of Journalism.

Q: How was the CSD involved with this book?
A: Several of the chapters are lectures given at UCI under the auspices of the CSD, and with those presentations in mind, the project was conceived while Burgard was a scholar-in-residence at UCI as a CSD research fellow – something he’s done every winter quarter for the past several years. When he’s here, Burgard coordinates the CSD’s Religion, Media & Politics Lecture Series and colloquiums.

Q: How could American media do a better job covering religion?
A: The key is to recognize that the world’s major religions are not monolithic; they have multiple currents within them. This is particularly important in understanding the Muslim community. In addition, religion is constantly changing. Today’s evangelical Christians, for example, are not the evangelical Christians of the Reagan era. The religious composition of the world – not just the U.S. – has been changing too. It would be helpful if more media stories took a comparative (and fact-based) perspective.

Q: A recent poll found that almost one in five Americans believe, erroneously, that President Obama is Muslim. What role do the media play, if any, in perpetuating this idea?
A: Here one cannot blame the traditional media, except perhaps for not playing more of a debunking role. Rather, these totally false, conspiratorial beliefs are spread via the blogosphere and personal communication – and seem incredibly resistant to factual evidence to the contrary.

Q: How would you rate coverage of the proposed mosque near Ground Zero?
A: Some media have done a good job in pointing out that there were and still are a multiplicity and diversity of businesses near Ground Zero and that the area is – unlike, say, the National Mall in Washington, D.C. – not effectively consecrated ground limited in what kinds of things may go there. Churches, synagogues and mosques are, unless perverted to serve political ends, places of worship. Certainly, they are at least as appropriate near Ground Zero as, say, liquor stores. However, nobody proposes banning liquor stores from the area. The notion that a mosque near the site somehow contaminates the meaning of 9/11 seems strange. Imagine how Americans might feel if Japanese right-wingers objected to the building of a Christian church in Hiroshima. The press, in its quest for neutrality, has treated this as an issue with two sides, each presenting reasoned arguments, without emphasizing how it’s been blown all out of proportion for partisan political motives.

Q: A Florida pastor received a lot of media attention (and condemnation) last week for his proposed Quran burning on the anniversary of 9/11. What did you make of this coverage and concerns that it might inflame anti-Western sentiment in the Muslim world?
A: Many years back the distinguished American historian Daniel Boorstin talked about “pseudo-events,” meaning those staged solely for the purpose of the media coverage of them. Unlike the tree in the forest in the famous Zen koan – which presumably would fall even if no one was looking – if the media weren’t covering Terry Jones’ staged 9/11 event, he wouldn’t be doing it. Many holy books contain great wisdom but also reflect the times in which they were written, and thus contain at least some language offensive to modern sensibilities, e.g., about gender relations, slavery or racism. Should we burn certain 19th century papal encyclicals because they express strong hostility to democracy? The only reason for burning the Quran on 9/11 is that the person doing it is a publicity-seeking demagogue.

Q: What do you think is currently the most misunderstood religion, in terms of media coverage?
A: It’s not Islam, Judaism or even Mormonism but probably Buddhism, since we rarely hear anything about it.