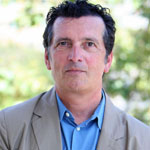 In his new book, social sciences lecturer Bojan Petrovic explores the historical state-building process of Afghanistan. Through media and secondary sources, he tells the story of Afghanistan’s political evolution, beginning with its status as a neutral, “buffer” state between the Tsarist Russia and the British Empire in the nineteenth century.  During the Cold War, the country also served as a neutral zone between Soviet and U.S. forces.  In Afghanistan: The Political History of a Buffer State, he explains how the late stages of the Cold War fragmented the Afghan state structures, creating great instability that has been carried over into its current post-Taliban status.  He argues that in order to bring stability back to the region, Afghanistan must be restored to its original neutral origins.

Petrovic is a social sciences lecturer at UCI who teaches undergraduate courses and Global Connect high school lessons on the Middle East.  He received his Ph.D. in political science at UCI.