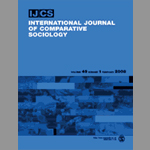 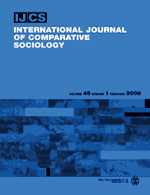 David Smith, sociology professor, has been named co-editor of the International Journal of Comparative Sociology.  Established in 1960, the bi-monthly publication features interdisciplinary research findings in sociology as well as political science, geography, economics, anthropology, and business sciences. Smith will be working with current editor Jeffrey D. Kentor, sociology professor and department chair at the University of Utah, beginning July 1 until January 2011 when Smith will take the reigns as full editor.

A specialist in international trade and global industrialization, Smith has conducted on-site research in South Korea, Vietnam, Indonesia and China. His recent research has focused on globalization and networks of “world cities," or large international hub cities important in the global economic system.  He is the author or editor of five books and numerous journal articles, including a forthcoming study in the Journal of Urban Affairs.  From 1999-2002, he was editor of the journal Social Problems, and from 2005-08, he was co-editor of Contemporary Sociology.

Smith’s first co-edited issue of the International Journal of Comparative Sociology is due out in August.