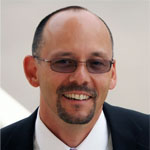 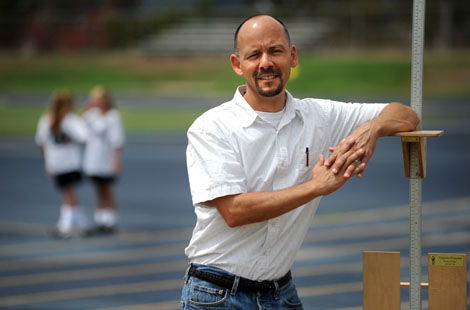 Michael Montoya, anthropology and Chicano/Latino studies assistant professor, has received the 2010 Distinguished Assistant Professor Award for Teaching from the UC Irvine Academic Senate (see additional award winners below).  The honor recognizes Montoya, who is also a core faculty member in the Program in Medical Education for the Latino Community (PRIME-LC) and holds a joint appointment in UCI’s program in public health, for his teaching, research, mentorship and service activities at UCI and in the local community.

“Montoya is consistently rated among the best of UCI faculty by his students,” says Louis DeSipio, Chicano/Latino studies department chair and political science associate professor.  Teaching a range of classes which include both large lectures and small seminars for undergraduates and graduate students, Montoya focuses on health, science, and minority communities.  His courses tie together his research interests in using biomedical and social sciences research to solve health disparities among Chicano/Latino communities.

“His work has a meaningful impact on students because he doesn't impose his beliefs on students in the classroom, but rather allows them to formulate and often reformulate their own opinions through reading materials and classroom discussion,” says Ruben Perez Jr., ’09 Chicano/Latino studies and psychology alumnus.  Montoya was Perez Jr.'s mentor throughout his undergraduate career at UCI.

Equally important, says anthropology chair Bill Maurer, “Montoya has made an ongoing commitment to mentoring students on an individual basis and in small research groups that link graduate and undergraduate researchers in community-based research projects.”

One such venture is the Community Knowledge Project (CKP) which he created to combine university-level research and community action to address childhood obesity, diabetes, stress and overall community health in Orange County’s poorest neighborhoods. Since its founding in 2005, the project has spawned numerous initiatives including a collaborative research project with a youth soccer league in Fullerton and a data support team for a comprehensive community health plan in Santa Ana.

Montoya’s work through the CKP also led him to become elected to the steering committee responsible for planning community health policy changes in Santa Ana as part of an initiative funded by the ten year statewide California Endowment Building Healthy Communities campaign.

“Montoya works with a consistent passion and a belief that his efforts will inevitably - and rightfully so - challenge the status quo,” says Perez Jr.

For his work to turn healthcare-related research into real-world applications, Montoya was awarded the UCI Community Outreach Partnership Center’s inaugural Engaged Scholar Award in 2008, and in 2010, he was recognized by UCI’s Undergraduate Research Opportunity Program (UROP) as the February Faculty Mentor of the Month.

Effective July 1, Montoya will be promoted to associate professor.