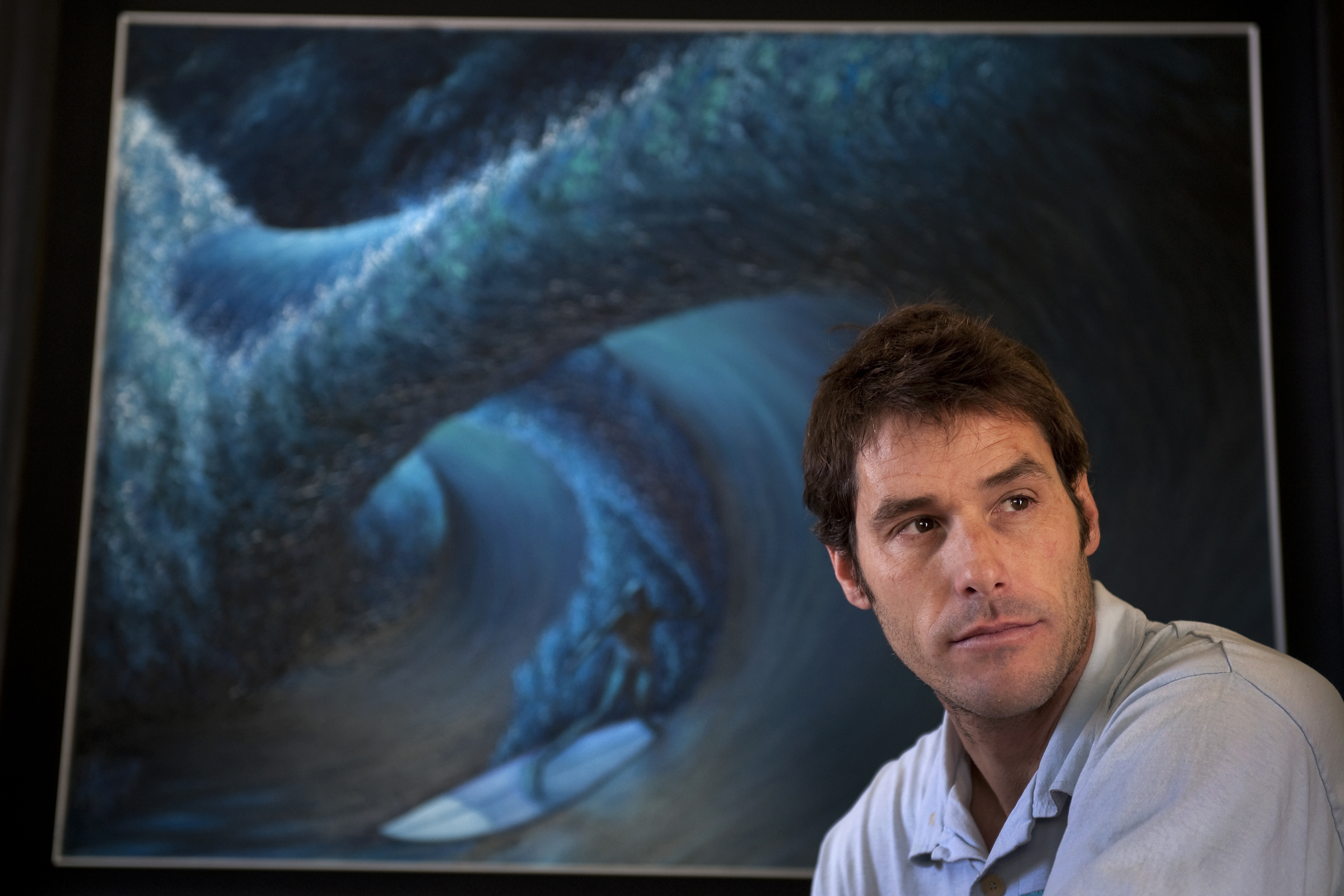 While staying in Paris 15 years ago, UC Irvine alumnus Robb Havassy '93 would stroll along the Seine and watch sidewalk artists paint cathedrals, cafés and other classic scenes in the tradition of the grand masters. A budding artist himself, he'd then head up to his apartment, grab his watercolors and paper, and paint killer waves and psychedelic sunsets.

Uh, dude. If you want to be an artist, shouldn't you be doing still lifes of fruit bowls or something? But in art as in the ocean, Havassy — a longtime surfer — has never followed in anyone's wake.

Although he never took an art class or intended to be an artist, he's enjoyed the kind of success some only dream about. His swirling "surfscapes" have graced gallery shows, T-shirt lines, swimwear, flip-flops, wine bottles, calendars and, of course, surfboards.

"Surfers are independent creatures," Havassy says. "We're not looking for approval outside the surf culture. There's a disconnect between the art world and surfers who do art. It's a niche."

Becoming an artist was the last thing on Havassy's mind when he graduated from UCI in 1993 with bachelor's degrees in psychology and sociology, still undecided on a career. "I was living in Newport Beach and surfing," he says.

He supported himself by modeling, jetting around the world on photo shoots for Calvin Klein, Ralph Lauren and other top menswear designers. About the only thing he painted were cool graphics on his surfboards — until a friend gave him a $20 art kit for his 26th birthday.

"They were cheap little watercolors, and I didn't have a clue what to do with them," he says. After dabbling a bit, he painted a picture of surf legend Duke Kahanamoku that he gave to his friend, renowned fashion photographer Bruce Weber.

"Bruce had photographed me a lot, and he's passionate about surfing," Havassy says. "When I gave him the portrait, he was like, 'Did you paint this?' He thought it was cool."

"Most of my early pieces were of surfing. People thought my work was refreshing and different," he says. "Some compared it to Matisse, but I didn't know who he was. I didn't know anything about art history. So I started going to museums while working in London, New York and Paris. I became interested in art culture, but I never got too ingrained in the art world."

He doesn't fit narrow artistic genres. He sculpts, draws, photographs and paints. He works in charcoal, watercolors, acrylics, even leftover house paint. He uses whatever's handy for a canvas, such as scraps of plywood he salvages from the beach and old kitchen cabinet doors rescued from the trash.

"I paint on a lot of stuff I find on the beach," says Havassy, who turns the swirling grain of wooden planks into the waves and sky of his landscapes. "Most of the work I do now is on recycled materials."

Though he's best known for his surf scenes, a tour of his art-filled home in Costa Mesa reveals a range of subjects, including his wife, Petrice, and 1-year-old daughter, Marin; his dogs; his beloved Lakers; and his favorite golf courses. One coastal landscape was chosen for the brochure of the 2005 AT&T Pebble Beach National Pro-Am golf tournament.

His love of surfing led him to publish Surf Story, an epic 444-page collection of art, photographs and writings by 88 contributors — the who's who of surfing. (UCI Libraries owns a copy.)

"Think Library of Congress for waves," says Jim Moriarty, CEO of the Surfrider Foundation, a nonprofit dedicated to ocean and beach preservation. "This is the mother lode of our collective surf memory." Havassy donated book proceeds to Surfrider.

"I wanted to recognize and celebrate surf's creative culture," Havassy says. "It's something that's never been cataloged."

Through his art, Havassy has raised more than $100,000 for Surfrider, Heal the Bay, SurfAid International and other nonprofit groups. Bloomingdale's in Century City recently displayed and sold three of his custom surfboards to benefit Surfrider.

"I'm fortunate to do what I do," he says. "When I was studying psychology at UCI, I thought, 'Maybe I'll be a marriage and family counselor.' But I feel I've had a more positive effect on people's lives as an artist. To me, that's success."