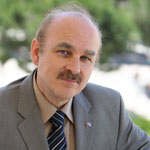 This year's US census is expected to confirm that Hispanics are now the largest minority in the country, thanks to rapid growth since the last census 10 years ago. It's a headline that underlines their influence on the US society of the future. Hispanics, or Latinos, are responsible for about half of US population growth since 2000. In three states with high Latino populations, whites are already a minority and it's widely predicted they will be a minority in the overall population by mid-century...For Ruben Rumbaut, a professor at the University of California at Irvine who has been studying the second generation of immigrants for years, the question of assimilation is really a question of inequality. "Immigrants come to this country from a vast variety of origins. The most highly educated and the least educated group in the US are immigrants, and we can see that divide between Asians in Hispanics in the first and second generation by every socioeconomic measure you can think of. They are also coming into a society that is growing increasingly unequal, so they are both cause and effect of this widening inequality problem", he concludes.