Opinion: Why the web benefits liberals more than conservatives 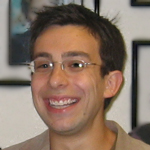 Opinion: Why the web benefits liberals more than conservatives

From the micro-donation platform first popularized by Howard Dean in 2003 to the million-strong Barack Obama Facebook page to the huge audience of the Huffington Post, liberals have been the dominant political force on the internet since the digital revolution began. Now, research out of Harvard University's Berkman Center for Internet and Society suggests that the reason behind this imbalance may be the liberal belief system itself. Liberals, the research finds, are oriented toward community activism, employing technology to encourage debate and feature user-generated content. Conservatives, on the other hand, are more comfortable with a commanding leadership and use restrictive policies to combat disorderly speech in online forums. All of this suggests that the internet may benefit liberals more often than conservatives -- at least for now.