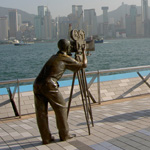 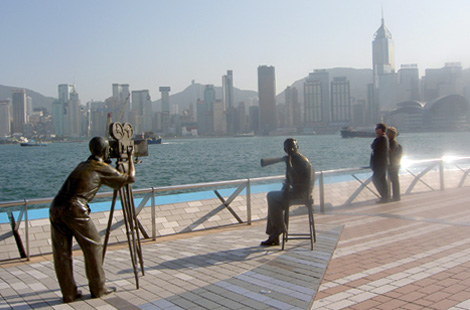 Sylvia J. Martin, a 2009 graduate of UCI anthropology’s doctoral program and current visiting assistant professor at Babson College, has received a 2010-11 Fulbright Scholarship to conduct postdoctoral research on the Hong Kong film industry. The scholarship is one of only two such awards given for social science postdoctoral research in the region.

Beginning in the fall, she will be living in Hong Kong where she will spend 10 months studying risk factors - such as shifting political conditions and regional competition, decreasing levels of financial investment, and increasing occurrences of piracy – which have contributed to a decline in Hong Kong’s film industry.

Through research, she aims to learn why, despite the risks, film personnel continue to engage in filming and production, a phenomenon she believes to be linked to the “soft power” or transnational prominence and promotion that a film industry can create. “The merits of a global city such as Hong Kong to impart its cultural and economic values and attract other countries and communities to its policies through a viable film industry are beginning to be recognized by the Hong Kong government,” Martin says.

“My prior research indicates that film production appears to be a worthy risk for some because it has come to be recognized as a way to preserve the cultural and visual heritage of the Hong Kong people, particularly after its return to China,” she says. At the same time, the industry is also being seen as an avenue to cement cross-border ties with China through joint ventures in the form of film co-productions which means shared financing and wider distribution opportunities.

Studying the changing industry will provide Martin a first hand account of the role film and media play in shaping regional status and will be the focus of a book she plans to write when her study is completed.