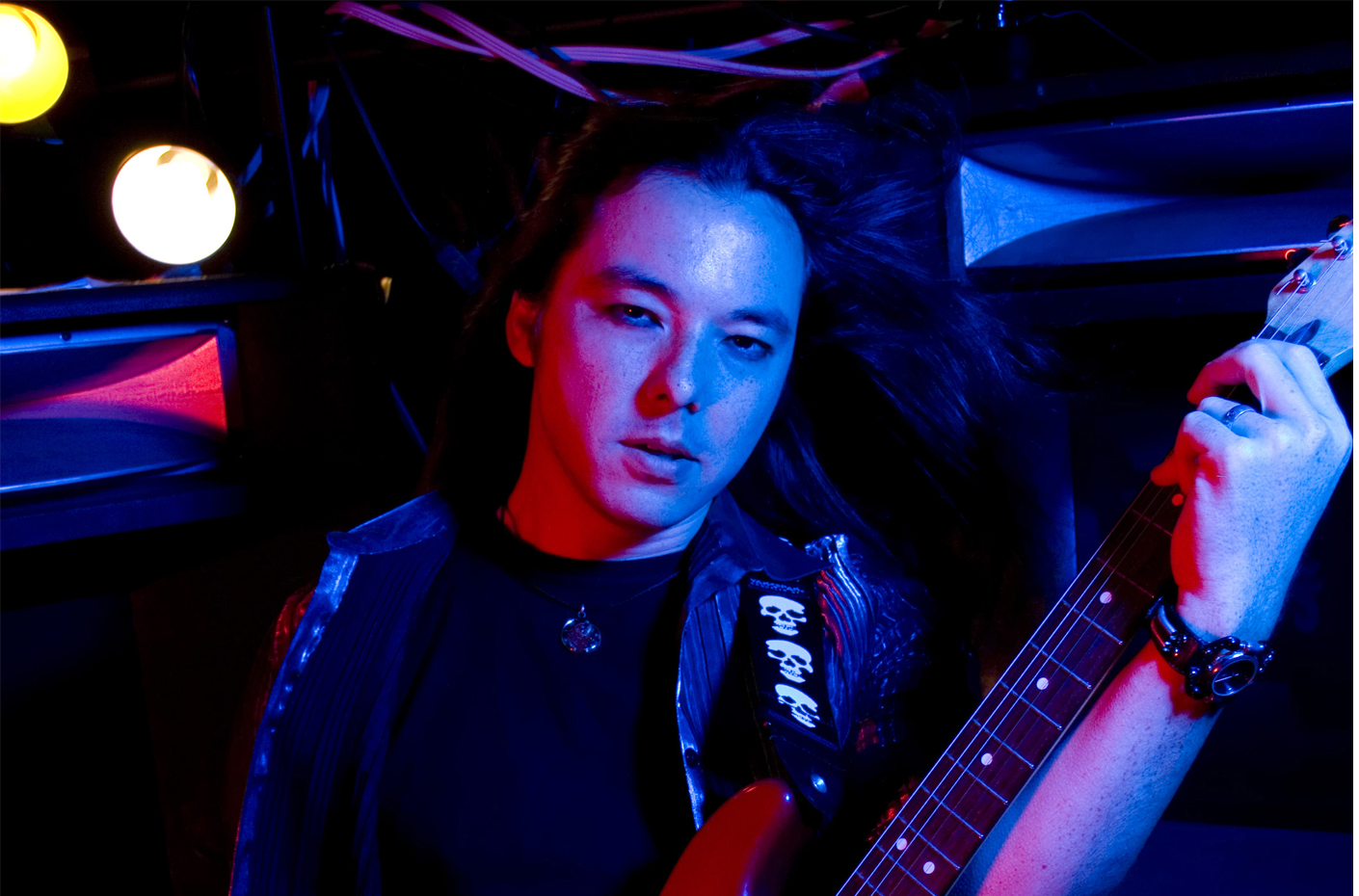 UC Irvine alumnus Chris Canfield designs computer games like "Guitar Hero II" and "Rock Band" for millions of players who want to unleash their inner rock star. To those who once acted out their rock 'n' roll fantasies by shredding on a tennis racket or singing into a showerhead, the games are the greatest invention since the air guitar.

They allow players who've never taken a single music lesson to flail on Stratocaster controllers by following the notes that scroll up on a screen. If their fingers are nimble enough, they can play anything from Aerosmith to X before screaming cybergroupies and a wall of virtual pyrotechnics.

"Making music is a really compelling, fun experience. But it can take years and years of practice to get really good," Canfield says. "These games evoke the same feeling. You can get the rush without putting in the time."

He designed the best-selling "Guitar Hero II" for Harmonix Music Systems in Cambridge, Mass., and he helped design "Rock Band," another critical and commercial success, as well as "Lego Rock Band," "Karaoke Revolution Party" and other popular titles.

"It's gratifying to see your work all around you," he says. "Right now, my upstairs neighbor is playing 'Rock Band' and my fiancée is watching a rerun on TV where the characters have one of my drum sets in their house. It's not often the work you do has that kind of cultural impact."

Ask him how to make a good game, and Canfield sounds more like a sociologist than a techie. In fact, he got a bachelor's in sociology, not computer science, from UCI in 2001.
"I like to study what people do and why they do it," he says. "Sociology gave me complete respect for field research, and you have to do a lot of field research to make a good game."

Canfield oversaw more than 1,000 consumer tests for "Rock Band"; he'd study how people from diverse backgrounds — from kids to grandparents — interacted with the game.

"We'd throw them into a room and watch what captured their attention," he says. "There's a lot of psychology involved and knowledge of color — what draws the eye.

"Where do people look first? In what order do they scan the screen content? There's information beginning players need right away, such as how to strum and hit notes. Then there's information they need in a few minutes — like the score — and bits they won't need for a few hours. If they don't understand it in the right order at the right time, the game won't make any sense."

While "Rock Band" could turn even shy players into Metallica or Joan Jett clones, there were some testing surprises that sent designers back to the drawing board. They found, for instance, that players who opted to jam with a group would jump in and start playing instead of waiting for others to join the game, as its creators intended.

"They just immediately hit all the buttons and twiddled everything, so we had to redesign it for 'Rock Band 2,'" Canfield says. "We've had a lot of those face-to-palm moments where we went, 'So that's what people do!'"

One of his greatest challenges was working on "The Beatles: Rock Band," now a top seller.

"It was a bit intimidating. The Beatles conjure such deep emotion. They're legends. You can't be given a chance like that and mess it up. If you don't nail it, that's all you'll be remembered for — the guy who screwed up The Beatles," he says. "Ultimately, I think we did them justice. We evoked their spirit and introduced a new generation of kids to their music."

Canfield may not have been born to rock 'n' roll, but he was born to design rock video games. Raised in Sunnyvale, in the heart of Silicon Valley, he was only 5 when his father — a computer programmer — showed him a game he was developing.

"While I don't think he intended this to have the profound impact upon my life that it did, I like to think he meant to show me that games are more than just a source of entertainment: They are a technically skilled art and a genuinely new way of interacting with other people," he writes on his website.

By the time he was in high school, Canfield was developing his own games.

"I'd write out code in a notebook while riding the bus, go home and put it on a calculator. It was painstakingly slow," he says. Peers liked his games so much they'd pass them around at school.

"I went through a lot of different majors at UCI," he says. "But I kept coming back to how humanity interacts with itself and the world. People are just fascinating. I'm always asking why they do what they do." Studying others helped him see games from their perspectives.

Today he's working on a master's in interactive design at Boston's Northeastern University and has just a few hours a week to play games — mainly for competitive research. "I analyze the titles, how they've structured their reward systems, what they were trying to accomplish with the characters," he says.

Canfield has lectured on game development at the Massachusetts Institute of Technology, Canada's McGill University, Worcester Polytechnic Institute and other universities. His advice to aspiring designers at UCI's new Center for Computer Games & Virtual Worlds?

"Programming is one route, but the most important thing is having as broad experience as possible: Read literature. Get out there and travel. Study filmmaking. Watch people," he says. And then go sit in front of a computer.