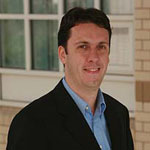 When it comes to the economy, attitude may not be everything, but, according to a new study by a UCI economist, it sure is important.

Fabio Milani, UCI economics assistant professor, has developed a new economic model that is the first to quantify the effects psychological factors play on the U.S. business cycle.   Results indicate irrational optimism and pessimism, rather than traditional market force changes, are linked to a majority of booms and busts that have occurred since the early 1970s, when forecaster data began being tracked.

The study is on file as a working paper with the Centre for Economic Policy Research in London and the Euro-Area Business Cycle Network, a joint venture between the center and European central banks.

“Current macroeconomic models used to describe the U.S. economy assume the market is a stable system, populated by rational individuals, and influenced by random changes in supply, demand, policy, technology, and other traditional factors. We know, however, based on the high level of volatility in the economy which can often occur in conjunction with apparently far less fluctuating levels of change in traditional forces, that this is not always the case.  There is something else at play.”

His new behavioral model brings into the equation the independent influence of shifts in expectations unrelated to fundamentals.  Long believed and widely assumed to play a role in economic fluctuations, these psychological shifts, he says, are hard to quantitatively prove and, as a result, have been ignored in modern macroeconomics.

Using macroeconomic data on gross domestic product, inflation, and interest rates, and information on expectations about the same variables from the Survey of Professional Forecasters from the early 1970s through 2009, he is able to show where real-time projections deviated from those produced using standard economic models.  The deviations, which he classifies as irrational optimism or pessimism accounted for more than 50 percent of actual business cycle fluctuations which occurred during this same time frame.

“This quantitatively confirms what many have suspected – psychology is important for the economy and, sometimes, it can lead to self-fulfilling prophecies,” he says.  On average, he says, it takes several quarters before the effects of these errors of unsubstantiated optimism or pessimism die off.

What does all this mean?  For policy makers, he says, it points to a need for more proactive – rather than passive – fiscal and monetary policy strategies.

“If you leave an economy open to market forces without intervention, it will be much more susceptible to these high levels of fluctuation which derive from psychological variables.”

For academics and economists, he says, the findings point to a need for reexamining standard macroeconomic models which focus wholly on fundamental traits at the exclusion of behavioral elements and less-than-fully-rational expectations.

“Economists have long been criticized for giving precedence to the elegance of their models and assumptions, rather than realism,” he says. “There is a lot more interest now, after the last recession, in moving away from the standard frameworks and focusing on some of these behavioral characteristics which could be useful to better understand how the economy really functions and where it’s headed.”