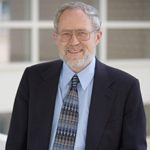 
From the New York Times:

Until recently, Americans have driven more each year than the previous one, with a few brief exceptions. In 1956, Americans of driving age drove about 4,000 miles a year, on average. Fifty years later, that figure had climbed above 10,000. But the latest recession has caused some big changes. High unemployment meant that fewer people were driving to work, and a slump in consumer spending meant that less freight needed to be moved around the country. As gas prices soared in 2005, the number of miles driven - including commercial and personal - began to fall, and continued to drop after 2008 even as gasoline became cheaper. "People were surprised by the very rapid rise in gas prices, and they changed their driving behavior," said Kenneth A. Small, a transportation economist at the University of California, Irvine. "But my suspicion is that it is temporary. As soon as unemployment gets back to pre-recession levels, we will see Americans doing a lot more driving again.