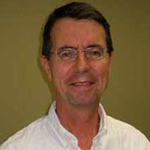 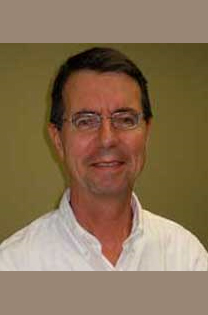 UC Irvine professors Michael Cahalan, Greg Duncan and Susan Trumbore have been elected to the National Academy of Sciences, one of the highest honors that can be accorded a U.S. scientist. They are three of 72 new members and 18 foreign associates from 14 countries chosen in recognition of their distinguished and continuing achievements in original research.

“In each of their fields, professors Cahalan, Duncan and Trumbore have excelled and have been justly chosen to the nation’s finest scientific society,” said Susan V. Bryant, vice chancellor of research. “Their selection reflects the depth and quality of research at UCI.”

Professor and chair of the physiology & biophysics department, Cahalan is a pioneer in the study of immune system cells. His research on the signaling molecules in T lymphocyte cells has identified promising therapeutic targets for treatment of autoimmune disorders, such as multiple sclerosis, rheumatoid arthritis and diabetes. In addition, Cahalan is advancing the use of two-photon microscopy to capture immune cells’ real-time dynamics as they interact during immune response. Using this technique, he and his colleagues recently found that inflammatory and autoimmune responses can be blocked while allowing normal immune system responses to fight off viral and bacterial infections.

A Distinguished Professor of Education, Duncan has published extensively on issues of income distribution, child poverty and welfare dependence throughout his 40-year career. His research has important implications for the future of work-support  programs and early childhood education. It supports the idea that helping low-income families balance the demands of work and family leads to both better careers for parents and higher achievement for their children. He continues to study skill development across childhood and the impacts of poverty and other environmental conditions on children and adolescents. In one recent study, Duncan found children’s early math skills were the strongest predictors of later success in school and beyond. Among his many honors, Duncan was elected to the American Academy of Arts and Sciences in 2001.

A professor of Earth system science, Trumbore studies soils and plant life for clues on how natural carbon cycles are altered by human activity. In particular, she determines the degree to which future warming can increase the release of carbon dioxide from plants and soils. This research takes Trumbore around the globe, from digging soil pits in the Sierra Nevada to collecting gases from deep below a Brazilian forest floor. She is a founding member of the Earth system science department and former director of Institute for Geophysics & Planetary Physics. Trumbore currently is serving an appointment as director of the Department of Biogeochemical Processes at the Max Planck Institute for Biogeochemistry in Jena, Germany.

In addition, UCI Chancellor Emeritus Ralph J. Cicerone is current president (and a member) of the NAS.

The National Academy of Sciences is a private organization of scientists and engineers dedicated to furthering science and its use for the general welfare. It was established in 1863 by a congressional act of incorporation signed by Abraham Lincoln that calls on the academy to act as an official adviser to the federal government, upon request, in any matter of science or technology.