What can social security teach us about health care reform? 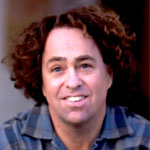 What can social security teach us about health care reform?

President Obama’s final signing today of the newly enacted health care reform law has been met with equal parts applause and calls for repeal as both the plan and events leading up to its passing have deeply divided the American public and equally polarized the country’s two-party political system.  This is not the first time, however, that such sweeping legislation has caused a nationwide raucous, says Edwin Amenta, UCI sociologist and author of When Movements Matter: The Townsend Plan and the Rise of Social Security.  He notes that recent events surrounding health care reform have much in common with the enactment of the social security program 75 years ago. Here, he offers insight on what the history of social security can teach us about the potential future of health care reform.

Q: How are the enactments of recent health care reform and the 75-year-old social security system similar?
Both policies were initially passed after a major partisan shift in the electorate to the left.   In 1934, the Democrats won tremendous victories during the midterm congressional elections, taking much of the North and providing President Franklin Roosevelt a political coalition for reform.   Similarly, President Barack Obama was swept into office with a reform-oriented Democratic Congress last year. Both presidents skillfully deployed these majorities to pass sweeping new social benefits.

Q: What lessons can today’s policy makers, politicians and the general public take away from past experiences implementing a controversial nationwide program?
When first enacted, social security was a work in progress.  It initially covered only about half the labor force; its benefits were scheduled not until after seven years; and a competing program for poorer Americans competed with it for attention.  Congress transformed the social security program in 1939, after a Republican resurgence in Congress, altering its benefit structure and lowering its payroll tax.  It was not until 1950 that social security assumed the form that it has today. Today’s Republicans similarly are seeking to repeal the health care legislation. But history suggests it will be more feasible to limit its scope or lower its benefits.  The history of social security also suggests that it may take more than a decade of political struggles before we know what sort of health policy will ultimately be in place.  After all, many of the provisions of the health care legislation, such as the individual mandate, will not take effect for some years, and coverage remains far from complete.  Yet the battles will be over the policy’s particulars, not its existence.