When does political anger turn to violence? 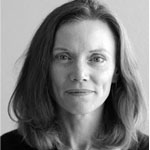 When does political anger turn to violence?


From the New York Times:

The mercury is running high, all right, and it has nothing to do with the weather. Public displays of political anger have been a staple of the American scene for the last eight months or so, but in recent days a handful directed at members of Congress have gone a bit further than noisy, sign-carrying assembly to window-smashing, spitting, threatening faxes and phone calls, even a cut propane line on a barbecue grill. At the end of last week, Democratic and Republican leaders, while denouncing any violence or threat of it, reached the point of trading accusations over who was most responsible.... Protest groups that turn from loud to aggressive tend to draw on at least two other elements, researchers say. The first is what sociologists call a “moral shock” — a specific, blatant moral betrayal that, when most potent, evokes personal insults suffered by individual members, said Francesca Polletta, a sociologist at the University of California, Irvine, and author of “It Was Like a Fever: Storytelling in Protest and Politics.”