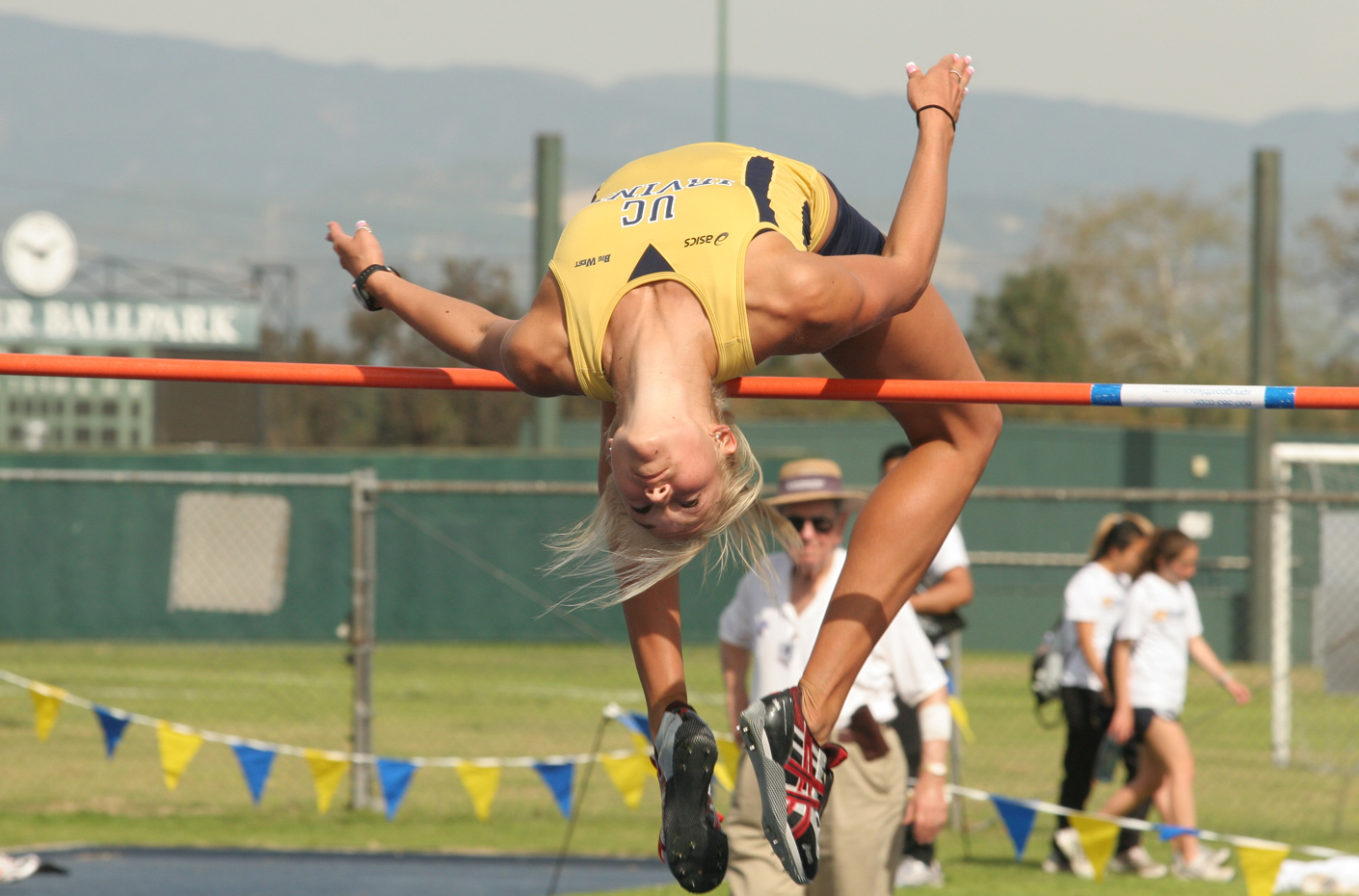 As a young girl, Lauren Collins wanted to be an Olympic gymnast. With her parents' full support, she dedicated herself to this goal, training hard with the best coaches five days a week.

Then, in high school, everything changed. She grew in height - 6 inches her freshman year - ultimately reaching 6 feet. Too tall for gymnastics, Collins didn't outgrow her Olympic dreams; she simply exchanged her leotards for track spikes. Today, says coach Vince O'Boyle, she has become UC Irvine's best-ever women's track & field athlete, with a reasonable chance to make the 2012 U.S. Olympic team as a high jumper.

"Lauren likes to take on challenges," says O'Boyle, UCI's track & field coach for the past 28 years. "She has the talent and work ethic to go beyond college and be Olympic caliber. I hope she gives it a shot."

A sociology major, Collins completed the 2009 season with a finish that revealed this world-class potential. She won the Big West Conference high-jump title with a school-record leap of 6 feet, 1¼ inches, and finished ninth at the NCAA championships. She also set a UCI record in the heptathlon - a seven-event competition - with a score of 5,549 points.

Her efforts on the field, coupled with a 3.7 GPA, earned her honors as UCI’s 2009 Scholar-Athlete of the Year.   This year, she has been selected as the UCI Alumni Association Lauds and Laurels Outstanding Student-Athlete.

"It feels great to be recognized as a scholar-athlete," Collins says. "Academics have always come first in my family, and it's a nice balance to do well in something besides athletics."

An Orange County native, Collins was a four time scholar-athlete and MVP in track and field at Santa Margarita Catholic High School where she still holds records in the 100 meter hurdles and high jump.  When it came time to choose a college, UCI was a logical choice.

“I loved the coaches, the campus and the idea of getting to stay close to home and my family,” she says.  At home meets, her mom, dad, grandparents and any number of aunts, uncles and cousins can be found on the sidelines cheering her on. “Their support is really an inspiration for me.”

Now in her senior year, she is focusing on her best event, the high jump. Assistant track & field coach Kevin McCarthy says Collins already is among the elite women's high jumpers in the country and won't reach her prime for a few more years.

"For the high jump, she's still young, and there are only one or two other women her age who can jump with her," McCarthy says. "Lauren works very, very hard and is the toughest competitor on the team. She's got a lot of upside."

After graduating, Collins says she will explore opportunities to extend her high-jumping career with a club team or Olympic training program. Professionally, she’s interested in pursuing a career in personal training or dietetics.

In the meantime, she plans to improve on her stellar junior-year accomplishments and enjoy sharing collegiate life with younger sister and teammate Kelly, a hurdler who is now a sophomore at UCI.

"I love training hard and being competitive," Collins says. "If I can get support after graduating, I want to keep going and ride it out to the 2012 Olympics and see what happens."

Join the School of Social Sciences and UC Irvine in celebrating the Collins' Outstanding Student-Athlete honor at the 2010 UCI Alumni Association Lauds and Laurels Banquet Thursday, May 13 at the Fairmont Newport Beach.  Further banquet details are available online at http://www.alumni.uci.edu/how_to_get_involved/lauds_and_laurels.html.