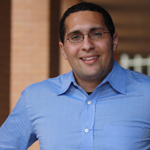 A recent Rasmussen poll shows likely California gubernatorial candidates Jerry Brown (D) and Meg Whitman (R) in a dead heat for the state’s top job if pitted against one another come November.  Yet according to research from UCI political science graduate student Chris Stout, the news may be giving Whitman more cause for celebration.

“When it comes time to put pencil to paper, people don’t always mark the ballot the way they say they will,” he says.

Based on a comparative analysis of polling data and subsequent election results for major state and national elections from 1982-2006 involving women and minority candidates, Stout found that women candidates often fare better in election outcomes than polls predict.  In the case of black candidates, he finds the opposite is often true – polls may overstate voter preference and leave black candidates short of the needed votes to come out ahead on Election Day.

His findings were the topic of a research paper, co-authored with fellow graduate student Reuben Kline, that was selected as Best Graduate Student Paper in 2009 by the American Political Sciences Association’s Elections, Public Opinion, and Voting Behavior section.

This year, Stout has been selected by the UCI Alumni Association as the 2010 Lauds and Laurels Outstanding Graduate Student, an honor which recognizes his accomplishments in teaching and service as well as research.

While the 2008 Presidential election proved to be an excellent case study on the topic as issues of both gender and racial politics were thrust into the national spotlight, Stout’s colleagues are quick to note that his insight on their importance and a significant amount of his work began well before Obama took center stage.

“Although most Americans now see the importance of black candidates since the 2008 election, little discussion about this topic was addressed prior to this event,” says Natalie Masuoka, Tufts University political science assistant professor and former UCI classmate of Stout’s.  “Chris saw this potential while most had not yet recognized the unique dynamics surrounding black political candidates.”

A sixth year political science graduate student, Stout has been studying the political views and participation patterns of minorities in America since he was an undergraduate at UC Riverside.  His findings have been featured in the Asian American Policy Review and are forthcoming in the Ralphe Bunche Journal of Public Affairs.  He has also presented his research at annual meetings of both the American and Western Political Science Associations.

His interest in what is known as the Bradley Effect - the notion that people will publicly state candidate preferences based on what seems to be the most socially desirable response, yet vote differently when in the booth – led him to what he says is his most interesting finding in graduate school.

“For blacks and women, the perceived ‘socially acceptable responses’ are contradictory.  At the polls, people say they won’t vote for a woman, but election results show that they do.  For blacks, the opposite is more often the case.”

Coining the former as the Richards Effect after Texas governor Ann Richards who, despite a large deficit in the 1990 gubernatorial polls, defeated her opponent and became only the second woman to govern the state, Stout plans to pursue further research to see if the theory carries weight and if so, why.  As of next fall, he will be doing so as an assistant professor at Wellesley College in Massachusetts.

He notes that in addition to research, his teaching abilities in the classroom and willingness to mentor students are all testaments to Stout’s outstanding student status.

“He is firmly committed to a career in research and teaching at the university level, and he will make a superb teacher,” he says.

Join the School of Social Sciences and UC Irvine in celebrating Stout’s honor at the 2010 UCI Alumni Association Lauds and Laurels Banquet Thursday, May 13 at the Fairmont Newport Beach.  Further banquet details are available online at http://www.alumni.uci.edu/how_to_get_involved/lauds_and_laurels.html.