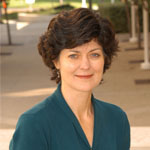 Last month’s devastating earthquake in Haiti brought international attention – and an influx of outside aid – to a region that, pre-quake, was largely considered “an icon of desperation; impossibly corrupt,” says UCI political scientist Cecelia Lynch.

“Enormous tragedies like the earthquake in Haiti also shake those of us on the outside, but in our desire to help, we too often superimpose our own beliefs - religious and secular - and pet projects on others,” she says.

The director of UCI’s Center for Global Peace and Conflict Studies in the School of Social Sciences, Lynch specializes in research on religion, ethics and humanitarianism in international affairs. In 2005, she was one of only 10 scholars nationwide to receive an Andrew Mellon Foundation New Directions fellowship in support of her research on faith-based humanitarian and development organizations in Africa, Europe, the Middle East, and the U.S.

Her findings indicate that donor-driven pressure to show quick results from aid often result in problematic programs that fail to take into account local histories and practices.

In a recent editorial blog posted online with the Social Science Research Council, she cautions groups involved with Haiti’s reconstruction efforts against implementing programs which attempt to completely alter the country’s historical, religious and cultural landscape.

“We need to recognize that Haiti has a vibrant political, cultural and religious history – from its pride in its 1791 slave revolution to its mix of Vodou, Catholicism and Protestantism today – that aid efforts need to respect and support instead of erase and replace in the name of progress.”