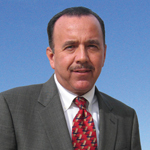 
From the LA Times:

Although her campaign won't start in earnest for months, Boxer can use the power of her office to reach voters. On Friday, for example, Boxer will hold a news conference and town meeting in Los Angeles with U.S. Transportation Secretary Ray LaHood to highlight jobs created by the stimulus package. That's one perk that comes with incumbency, and one that should not be underestimated, said Mark Petracca, chairman of the political science department at UC Irvine. "At the end of day, it's hard to beat an incumbent. The Republican Party for years has said she's the easier of the two U.S. senators to beat, but they haven't been able to do it," he said. "By positioning herself as a U.S. senator under threat, that will help mobilize some troops."