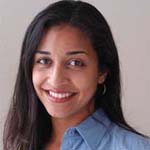 For example, a study published last year in Social Science Research examined 1,558 profiles that white daters living in or near big U.S. cities placed on Yahoo! Personals, which, much like Match, lists 10 racial and ethnic groups users can select as preferred dates. Among the women, 73% stated a preference. Of these, 64% selected whites only, while fewer than 10% included East Indians, Middle Easterners, Asians or blacks. The story is a little different for the men, 59% of whom stated a racial preference. Of these, nearly half selected Asians, but fewer than 7% did for black women. Why? One theory offered by the study's lead author, Cynthia Feliciano, a sociologist at the University of California at Irvine, is that men's choices are influenced by the media's portrayal of Asian women as being hypersexual and black women as being bossy.