How amnesty could cost Mexico 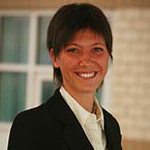 How amnesty could cost Mexico


From National Journal:
Remittances from Mexican citizens working in the U.S. accounted for more than 2 percent of Mexico’s GDP in 2008, according to one study.... But things didn't play out that way in the late 1980s, when the Immigration Reform and Control Act granted 2.7 million undocumented immigrants a quick path to legal status. Rather than send more, the roughly 2 million Mexicans with newfound legal status began wiring less money home, according to a 2009 report by Catalina Amuedo-Dorantes, an economics professor at San Diego State University, and Francesca Mazzolari, an economics professor at the University of California, Irvine. Mexicans who gained legal status were 5 percent less likely to remit, and those who did sent a staggering 26 percent less. (Interestingly, other Latin Americans who won legal status through IRCA kept remitting at the same pace.)