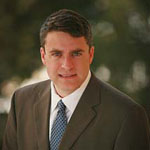 According to a new study by UCI economist Gary Richardson, voting Republican in a right leaning Presidential race pays in terms of more state funding for government programs at the cost of fewer tax dollars.

Combining 2004 Presidential election voting records for each state with government tax and spending statistics from the Tax Foundation, he shows that states in which citizens voted predominately Republican received more money in government benefits compared to taxes paid in than in states where a Democratic candidate won the majority.

The trend, he says, began in the 1990s, most noticeably following George H.W. Bush’s four year term in office.

“Since then, the ratio of benefits received to taxes paid has tilted increasingly in favor of states that reliably vote Republican,” he says, attributing the trend to the party’s 1994 rise to Congressional majority control and domination of federal fiscal policy debate.

The study appears in the October issue of The Economists’ Voice and may be viewed in full online at http://www.bepress.com/ev/vol6/iss10/.