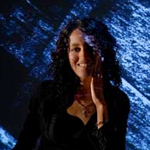 Dan Brown's latest best-seller, The Lost Symbol, has stirred public interest in the Freemasons, a society for upper-class men that began during the Enlightenment. In the book, fictional Harvard University professor Robert Langdon must decipher Masonic symbols and codes to find a missing Freemason.

UC Irvine's Lilith Mahmud studies "secret" groups like the Freemasons. Her research has taken her to Italy, where she lived among Freemasons for 18 months. Here, the assistant professor of women's studies, anthropology, and culture & theory discusses the appeal of secret societies and the accuracy of Brown's depiction of the Freemasons.

Q: What is Freemasonry?
A: Freemasonry emerged in 18th century European intellectual salons as a secret fraternal society. Over the last three centuries, Masonic lodges have spread throughout the world; some are still secretive, while others are very visible. Freemasonry entails a hierarchical path: After an initiation ritual, a Freemason is considered an apprentice, then a fellow, then a master, advancing through as many as 33 different "degrees." Members embrace humanist values such as liberty, fraternity and equality and are often involved with charities, but the lodges are still very exclusionary places. One of the stated goals of Freemasonry is to improve society by developing better citizens.

Q: What do you think of the group's portrayal in The Lost Symbol?
A: Dan Brown weaves together pieces of truth with wildly fictional scenarios. There's an initiation ritual described in the beginning of the book that, overall, is accurate. Masonic rituals are strictly codified; there are books about them that any layperson can read. Clearly, Brown has studied some of the literature on these ceremonies. But many aspects of the novel are obviously made up - there's no Department of Symbology at Harvard, for example. As a work of fiction, it has sparked curiosity about Freemasonry in a much wider audience than a typical academic book could ever hope to reach.

Q: Why do people join "secret societies" like the Freemasons?
A: Most Freemasons join a lodge because they know someone who is a Freemason. Personal connections allow people within certain social circles to seek membership. Secrecy itself can elicit the desire to know more. Studies of secret societies have clearly found that they're widely imagined to be elitist and powerful simply by virtue of being secret.

Q: How did you become interested in Freemasonry?
A: I began researching Freemasonry as part of my doctoral studies in anthropology. My book manuscript The Brotherhood of Freemason Sisters focuses on present-day Masonic lodges in Italy and the upper-class women who belong to them. Historically, Freemasons have been depicted as a society of men. I think the best-kept secret of Freemasonry is that women are Freemasons too!

Q: What makes Freemasonry in Italy unique?
A: In Italy, Freemasonry has a very nefarious reputation. Freemasons have been accused of right-wing terrorism, political corruption and attempted coups. The lodges are also more secretive than in the U.S. Masonic temples are hidden from sight and not listed in the phone book. Many Freemasons don't even tell their family members or co-workers that they belong to a lodge for fear of persecution. They are viewed as a powerful brotherhood of men from the upper echelons of society, capable of running the government from behind the scenes. All the conspiracy theories, however, are about men. Studying Freemason women in Italy prompted me to analyze not only how we think of power but also how power actually works.